Thanks to everyone who everyone who gathered with us now and then, Sandra and I have read aloud, with others, all the plays that won the Pulitzer Prize for Drama during its Centennial year, from last May’s Why Marry? to last night’s Hamilton. Hooray for Us! 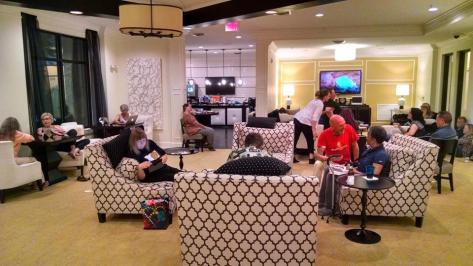 END_OF_DOCUMENT_TOKEN_TO_BE_REPLACED

Last May I vowed to read—aloud, with other people—every play to win the Pulitzer Prize for Drama during 100th year of its first presentation (on May 16, 1918) and challenged the world to do likewise. Not a soul signed up, for which I take the blame; I can’t convey the concept. Fortunately, a few dozen members of Cold Reads/Charlotte enjoy reading when it suits their schedules, even if they don’t join the blog. Without them I’d never finish. It’s going to be close as it is. END_OF_DOCUMENT_TOKEN_TO_BE_REPLACED

Why Marry?
Beyond the Horizon
Miss Lulu Bett
Anna Christie
Icebound
They Knew What They Wanted
Craig’s Wife
Strange Interlude
Street Scene
Alison’s House
Of Thee I Sing
Both Your Houses
Men in White
The Old Maid
Idiot’s Delight
You Can’t Take It with You
Abe Lincoln in Illinois
The Time of Your Life
There Shall Be No Night
The Skin of Our Teeth
Harvey
State of the Union
Death of a Salesman
The Shrike
Picnic
The Teahouse of the August Moon
Long Day’s Journey into Night
Look Homeward, Angel
J.B. – Archibald MacLeish
All the Way Home
The Subject Was Roses
A Delicate Balance
No Place to be Somebody
The Effect of Gamma Rays . . .
That Championship Season
Seascape
The Shadow Box
The Gin Game
Buried Child
Talley’s Folly
Crimes of the Heart
A Soldier’s Play
‘night, Mother
Glengarry Glen Ross
Sunday in the Park with George
Fences
Driving Miss Daisy
The Heidi Chronicles
The Piano Lesson
Lost in Yonkers
The Kentucky Cycle
Three Tall Women
Wit – Margaret Edson
Dinner with Friends

In Abraham’s Bosom
The Green Pastures
Our Town
A Streetcar Named Desire
Cat on a Hot Tin Roof
The Diary of Anne Frank
Angels in America: Millennium Approaches
Topdog/Underdog
I Am My Own Wife
Rabbit Hole
August: Osage County
Ruined
Clybourne Park
Water by the Spoonful
Disgraced
The Flick
Between Riverside and Crazy

8 Scheduled for March (so far)

Fiorello!
The Great White Hope
The Young Man From Atlanta
How I Learned to Drive
Proof
Doubt: A Parable
Hell-Bent fer Heaven
Anna in the Tropics 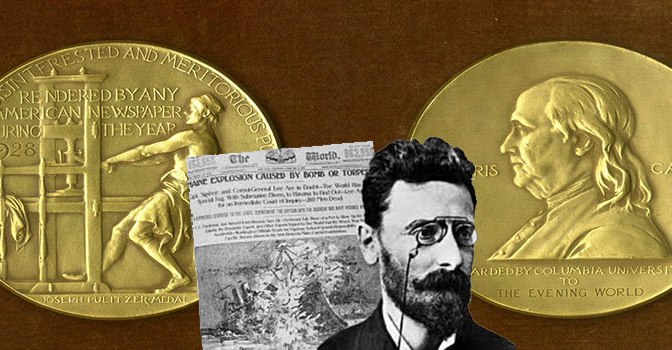 2016 is the 100th Anniversary of the Pulitzer Prize, Columbia University has launched the Centennial Campfires Initiative “to ignite broad engagement with the journalistic, literary, and artistic values” the Prizes represent.  The project hopes to generate grassroots events and conversations across the country about the impact of journalism and the humanities on our lives and times, illuminating their value to public life today and imagining their future.

This Challenge is presented as a Campfire project

END_OF_DOCUMENT_TOKEN_TO_BE_REPLACED

Groups gather with goal of reading every Pulitzer-winning play aloud

As part of the ‘Cold Reads’ Pulitzer Centennial Campfires Initiative, one man in North Carolina encourages citizens to pick up scripts and start reading,
Read More

Transcribe (or copy and paste) the following in the Comment box below:

“I pledge to read at least one Pulitzer Prize-winning play—aloud, with other people—before May 16, 2017.”

Then browse the List of Pulitzer Prize Plays and download one, invite some friends to do the same. (Copyrighted works require a password, issued upon request.)

Once you’ve done, post a follow-up comment on the Feedback page, and we’ll add you (and your fellow readers) to our honor roll. Read more plays and we’ll keep track.

THREE EVENTS THIS WEEK
Pick One (or two, or three).

ICEBOUND, by Owen Davis, Tuesday evening, at Starbuck’s on Providence (click below)

THEY KNEW WHAT THEY WANTED, by Sydney Howard, Wednesday evening, at the home of Joyce Fischer in Matthews 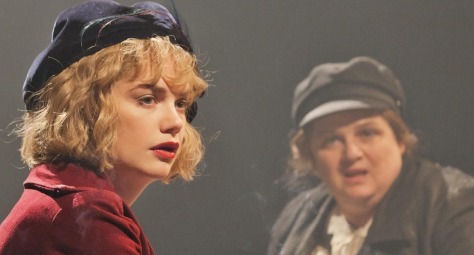 Proud to be Recognized by

Cold Reads
Create a free website or blog at WordPress.com.